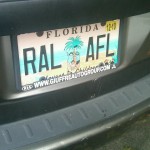 Children's Plate from Havona and the Stony Cooks 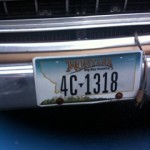 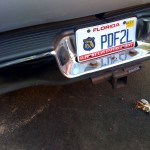 Florida Police plate
Florida is the Sunshine State and the home of many exotic license plate designs; we’re showing only a few today. Florida is known for many things: retirees, the Everglades, hurricanes, Dave Barry and Carl Hiassen, The Golden Girls, The South Beach Diet, alligators pastels (which sorta work there), escaped voracious pythons eating their way through the indigenous fauna and escaped, voracious Gambian pouch rats eating their way through the indigenous flora. If it didn’t exist, we’d have to invent it. It’s an otherworldly place of balmy breezes and improbable décor. But somehow it works. 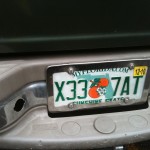 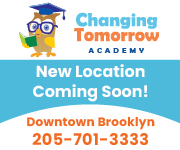